I hate to backtrack, but this will have to be a biweekly feature for the time being. Just like when I was doing the “words” posts every week, it makes it more difficult to write anything else, at least for right now. So I might make it “what I read the last two weeks,” but that’s a little unwieldy. We’ll see how it goes.

“The Falling Man” by Tom Junod, Esquire — Last Tuesday was the eleventh anniversary of 9/11. Trying to find a balance between not letting myself forget completely and not wallowing in the memories, I read a few pieces related to the day. A friend shared this one to Facebook. It was something I needed to read. The subject of the people who jumped out of the towers has become somewhat taboo. Without having an inkling of what the victims’ families have felt and experienced, I can’t judge anyone, and neither does the author. This article eloquently delves into sorrowful territory. It’s specifically about the famous photograph of the title, so the author also discusses the power and the ethics of photography. We all know so much about that day already that I probably don’t need to remind anyone to show caution before clicking on the link, as the subject matter is intense and painful. If you’re willing, though, I can recommend this as one of the best magazine articles I’ve ever read.

“Boundaries, Grief and September 11th” by Addie Zierman, A Deeper Story — This article is more about responding to the event as an observer, which so many of us were on that day. It’s about the struggle to be truly comforting for people suffering incredible emotional pain. It’s about walking right into those situations when we’re needed, instead of always trying to protect ourselves. You won’t find two articles about the same date in history that are more different, but in their own ways, they’re both powerful.

“The Moral Decline of Our Words” by Morgan Guyton, Think Christian — This was a fair, biblical and charitable call to being — well — fair, biblical and charitable. At the risk of making “Please stop shouting” just another thing for people to shout, this article is a nice reminder of how we are meant to communicate. It feels very good to step back every now and then during an election year, recognize that people who disagree with us are not “the enemy,” and praise God that He is above it all.

“Scenic Routes: In The Court Jester Danny Kaye’s life depends on getting the words right” by Mike D’Angelo, A.V. Club — This article is about the most famous scene in that movie, and one of the most beloved scenes of my childhood. I love the writers at the A.V. Club. They have a way of writing about pop culture that keeps it fresh and allows us to look at things in different ways. At first glance, you might worry about an article on a famous comedic scene. Oh, no! He’s going to over-analyze and ruin it. Not so. D’Angelo shares his reaction to each detail of this scene in a completely inviting way. I’d say more, but then I’d be analyzing the analysis, and you’d never get to watch the actual scene.

“The Birth of Bond” by David Kamp, Vanity Fair — As we approach the fiftieth anniversary of the London premiere of Dr. No, it’s very interesting to take a trip back to a time when James Bond wasn’t a movie icon yet. This article tells the story of the long, difficult attempt to bring Ian Fleming’s character to the big screen. It shares the stories of the producers, Harry Saltzman and Albert R. Broccoli, and also that of Sean Connery. A couple parallels are drawn between “Bond-mania” and Beatle-mania, but the focus is more on how 007 fits into the history of travel and technology. 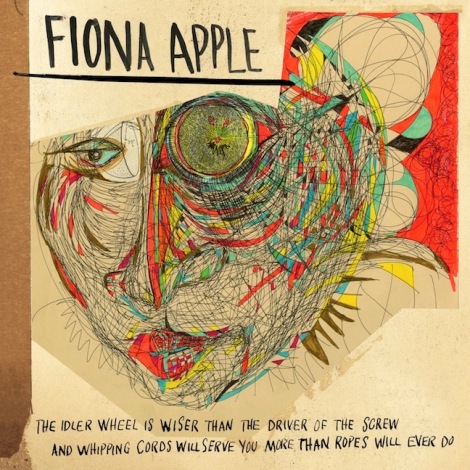 “Extraordinary Machines: Paul Thomas Anderson and Fiona Apple, the way they were” by Steven Hyden, Grantland — Well, if it isn’t two of my favorite people. This article is a very interesting study of their careers, particularly how those careers have mirrored each other, even after the two stopped being a couple. If you hate them for some reason, you’ll probably find it insufferably gushing. Otherwise, you’ll get some background information about Anderson’s movies and Apple’s music. A couple parallels are drawn between Anderson/Apple and Bob Dylan/John Lennon, but the focus is more on how Paul/Fiona fits into the cultural history of the 90s and 00s.

“Small, Good Things” by Casey N. Cep, The Paris Review — The author connects the sacrament of the Eucharist with the sacramental nature of writing. In the Christian liturgy common, ordinary objects are tied to the extraordinary. So also with writing, one can encounter the holy in unexpected places. Several examples from the great literature of the twentieth century are discussed, both from Christian and non-Christian authors. Each of them shows how a simple meal can be more than just a meal.

“Let’s Revise the Popular Phrase ‘In, but Not of'” by David Mathis, Desiring God (blog) — In the evangelical subculture, the phrase “in the world, but not of the world” is so common as to go unremarked. But I’ve had questions about its meaning and usefulness for some time. Often it has seemed easy to emphasize one of the two prepositions and neglect the other. The insight of this brief post is to go to the source, John 17, and show that we might actually be getting the phrase backward. Of the two parts to the phrase, the first represents something taken for granted, a state of being. The second part is the call to action. So it makes a big difference which comes first and which comes second. The author’s suggestion makes a lot of sense and fits with a broader theology of the Christian’s place and purpose in the world.