It’s a movie for a lifetime.

I’ve seen Terrence Malick’s fifth film four times in its entirety, and I’ve revisited specific images and scenes even more than that. The most beautiful, the most haunting, the most mysterious of those images have rarely left my mind since I first saw them. They adorn a movie that’s enraptured with the beauty of nature and the cosmos. They add grandeur to the joys and suffering of the little human beings looking out at that beauty. They act as counterpoint to the classical music used throughout the film, music the little human beings wrote in response to what they saw. This movie is a banquet of sights and sounds, a triumph of pure cinema. It also has a story that touches on the deepest questions of existence, filtered through the concerns of an ordinary family. Like I said, it’s a whole lotta movie. 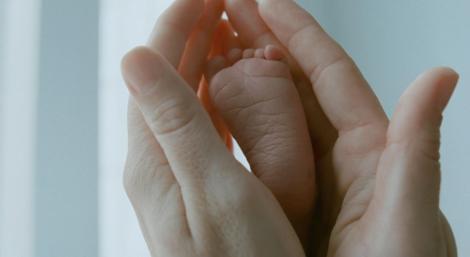 But it’s a movie “for a lifetime” in another sense. Perhaps “of a lifetime” is the better phrase. I can’t think of another film that so sumptuously charts the course of a single human existence from conception to (perhaps) death. That person, named Jack, engages in a Proustian act of remembering: where Proust used words, Malick uses a camera, taking in everything as his main character sees it. This focus, contrasted with what at first sight seems a diffuse filmmaking style, is just one of the film’s bundle of paradoxes. The story is about one man even when it’s about everything else. 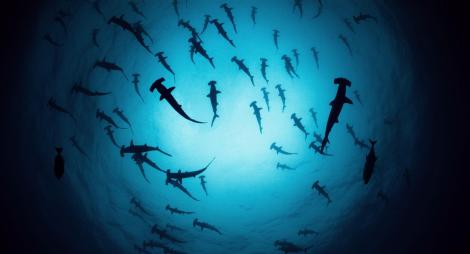 A prologue in which Jack’s mother is the focus gives Jack a choice between two governing philosophies of life: “the way of nature and the way of grace.” That choice will follow Jack throughout his life. It’s a deceptively simple one. Malick’s films have always been lauded for their celebration of nature, the way they linger over images of grass, trees, water, and how they mourn the unnatural destruction of that beauty. And yet the way of nature is not the way Jack’s mother wants her son to take. She explains that nature is itself destructive, that grace stands apart and is blessed with the ability to love. As many have pointed out, Jack’s parents are clear examples of these two “ways” in action. His father believes the way of grace to be naïve, a sure way of falling behind in a competitive world. He is a disciplinarian who teaches his children to achieve greatness in life through effort and will. Meanwhile the mother quietly exudes love and forgiveness, the most important qualities she wants to pass on. Goodness can be found in both of these people; they will “wrestle inside” Jack all his life.

There is another figure in this story, one of great importance, invisible and yet present everywhere, addressed in Malick’s famously ornate voice-overs as “you.” When the pivotal event, the death of Jack’s brother, occurs near the film’s beginning, Jack’s mother asks of this figure, “Where were you?” A preacher says of her dead son that “he’s in God’s hands now,” and she responds, “He was in God’s hands the whole time, wasn’t he?” A statement of faith, and a statement of doubt. In God’s hands, how could he not be safe? This isn’t the strident challenge of an atheist, but the plaintive cry of so many biblical characters, Job not least among them — a lament whispered into the bleakness.

Following this is the oft-discussed “creation” sequence, the ultimate movie flashback. I agree with the commentators who contend this sequence diminishes the problems of a few people living on a dust mote floating amid unfathomable space. How does the loss of one child compare to the devastation wrought by that asteroid?

While the sequence is ferociously beautiful in itself, it doesn’t actually exist in itself as if it were observed by an objective onlooker. The whole thing — the formation of the universe, the beginnings of life, the prehistoric scenes — is all imagined by Jack and/or his mother as a way of ascending to God’s throne to ask their questions (a gaze up a flight of stairs is a recurring image — a spiritual ascent, an ascent to maturity, wisdom, heaven). Later in the film his mother will joyfully point at the sky and exclaim, “That’s where God lives!” In the Book of Job God encourages the title character to think about creation as he ponders the meaning of the evil that’s befallen him. The universe is a theater of sufficient size for the acting out of human grief. And, small as we are, we can see larger things. Our own small problems are only symptoms of a much bigger problem that afflicts everything. A death knell tolls on the movie’s soundtrack both for the boy’s death and for the extinction of the dinosaurs. 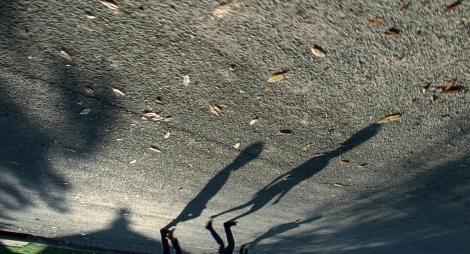 The bulk of the film consists of Jack remembering his childhood, looking for clues that explain the man he is today and how he has experienced God. This marvelous section is filled with unconventional storytelling — a montage of lovingly precise impressions, visual metaphor, and deeply felt emotion. Jack learns to accept the responsibility of being the oldest, with two younger brothers. They learn charity from their mother, hard work (and how to throw a punch) from their father, troublemaking from the neighborhood boys. They scrap, they play, they explore. Sorrow and loss find them, even in an ideal existence. An inherently devastating breach of trust between brothers is lent unbearable pathos by the audience’s knowledge of one’s eventual death. Jack learns to ask forgiveness. He experiences the awkwardness and guilt of sexual awakening. Most important of all, he learns how to understand his parents. At first, he finds it much easier to love his mother than his father. Only later does he realize how much his father and he have in common.

The climactic sequence of the film is as much up for debate as the creation scenes. It is either a vision of heaven; or of some celestial way station after death where family can reunite before making the trip to heaven; or simply a process in Jack’s mind wherein he achieves reconciliation with his family, God, and death. In any case, it is a scene of hope and peace, when faith becomes sight. After the hard questions the movie raises, these answers are as mysterious and open-ended as they could possibly be. But Job finally surrendered and was blessed. Jack’s mother shows us how to do the same.

That’s my understanding of “what happens” in the movie. I share it as a way of showing the clarity that comes with watching the movie more than once, but there are still aspects of it that I might not fully grasp for years. Images that still feel like non sequiturs (and maybe they are). Perspectives that I’m simply too young to understand. But the parts I get and the meaning I find in this film are so beautiful and rich that I consider the thought of revisiting this film pure joy. It’s a cohesively structured story told with visual poetry that credits five editors. It’s been on its maker’s mind for over thirty years and it never feels less than immediate. It’s unmistakably “Malickian” in tone, style and themes while earning comparisons with Kubrick’s 2001: A Space Odyssey, Murnau’s Sunrise and Tarkovsky’s Mirror. On a personal level, this film connects in powerful ways to my own struggles with family relationships, my struggles with science, my struggles with faith. And Christ is in this film, silent as a lamb but defining the way of grace. As long as people are still interested in talking about film, we will be talking about The Tree of Life.

6 responses to “My Favorite Movies: The Tree of Life”