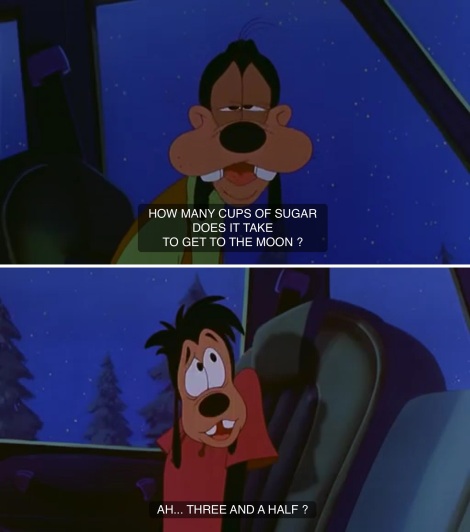 I don’t talk about star ratings on this blog much because they can be a distraction from the kind of thinking I want to promote. But I’ve been rating movies since 2008, first on Flixster and now on Letterboxd. It’s my analytical side, meticulously categorizing and cataloging things. I need to remind myself, though, that art doesn’t necessarily lend itself to being put in boxes like that. Case in point: the 3 ½-star rating. As of July 2014, when I decided to start a series of posts about these movies, they made up about 25% of the films I’ve rated. Ideally, the more movies I see, the better I’ll get at evaluating them, and the numbers will even out eventually. For now, there’s a bunch of them clustering in the range where I can’t say that I dislike them, but I can’t say I love them either. It’s the ¯\_(ツ)_/¯ of ratings — or, more accurately, it’s a way of marking off films I want to see again to solidify my feelings about them.

Four stars is the threshold. If I give a movie four stars or more, I’m claiming it for my very own. It becomes a “favorite.” So the movies I’ll be writing about here are on the outside looking in. This makes them interesting. They’re tricky. They bother me. Well, some of them do. Others are pleasant surprises, movies I didn’t have any expectations for but turned out just fine. Generally speaking, a 3 ½-star film is a film I respect. If you tell me it’s one of your favorites, you’re all right by me — I just can’t share the love. At least not yet.

One of the things I hope happens when I revisit these films and write about them is that the ratings will get adjusted. As I hinted above, I don’t view all of these movies the same way. Of course not. But I’ll be looking for the things they have in common, trying to put words to my own taste. Reflecting the analytical bent of the star-rating system, these posts will be more precisely structured than the “Double Feature” or “My Favorite Movies” posts. They will be in three parts: The Introduction (discussing my first and/or most recent viewing of the film), The Revisit (a review proper), and The Verdict (determining what rating the film will have now and why). I will do my best to be more confessional than solipsistic.

These posts will be put up periodically, but at this point I don’t want to set a schedule for them. I definitely don’t want them to be monthly — there are far too many important movies in the world that I’ve never seen for me to spend so much time rewatching movies I didn’t love in the first place. My expectation is that I’ll write one of these when I can’t think of anything else to write. This page will include an index of the movies (always to be selected at random) I’ve written about for the series.

Uncle Boonmee Who Can Recall His Past Lives (2010)